How do I set up all my HSW icons to Run as Administrator?

Many of the newer features of Horse Show for Windows require administrator access. The HSW icon

that the main installation creates will automatically be set up with administrator privileges. If you need to adjust any other HSW icons (including the one you may have pinned to the task bar), right click on the icon and choose Properties from the bottom of the pop-up menu (task bar icon needs two right clicks – one on the task bar icon and another on the icon on the pop up). Click Advanced and then check the Run as administrator box and click Ok. Click Ok again to save and close the Properties window.

When running HSW through these updated icons, you will be asked if you want to allow this app to make changes to your computer. Say Yes! 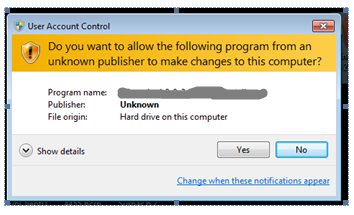 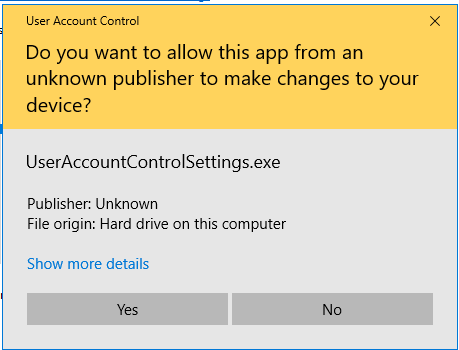 Why do I keep getting a pop up asking if I want HSW to make changes to my system?

With the need for administrator privileges in doing many of the new features of HSW, Windows wants to ensure that your computer is being protected and will request that you confirm you know that hshow.exe is a valid application.

“User Account Control (UAC) helps prevent malware from damaging a PC and helps organizations deploy a better-managed desktop. … UAC can block the automatic installation of unauthorized apps and prevent inadvertent changes to system settings. UAC allows all users to log on to their computers using a standard user account.”

What are the FW Services and why do I care?

Upon initial installation of HSW, all the FW Services will be installed and set to start up automatically. They connect the HSW database to the tablets for gate keeping and judging, to FastAnnounce for quick announcing, and to Horse Show Tracker for online entries, draws, and results. They are turned off and on as needed through HSW. FWMonitor is designed to show the status of all the other services and allows stopping/starting.

on the main computer.

If FWMonitor does not appear to be running, click your Windows icon, type Services and click open to pull up the Windows Services application. Listed alphabetically, you can scroll down to find the four FW services as noted below. The status of each as well as the ability to start and stop them is available.

FWMonitor – runs through port 7000 in a browser (ip address : 7000); shows status of all other services and allows stopping/starting

FWShowServer – connects the HSW Access database to the tablets, FastAnnounce and the Tracker

How do I use more than one computer at the same time to run my shows?

Horse Show for Windows is a fully networkable program. As the back-end database is currently Microsoft Access, there are a few limitations. Size can’t go over 2G (extremely rare for our users) and the number of computers actively writing to the database should not exceed four/five or you’ll start seeing major speed issues.

The software itself only needs to be loaded on one computer. The database also sits on that computer usually in the same directory as the program. The directory is then shared across the network allowing all users complete access. Sharing the folder is done easily through Windows Explorer (watch a video to see how it’s done on Windows XP or Vista/Windows 7).

Wireless networking is NOT recommended for any database program and all computers that will be writing to the HSW database should be hard-wired. Wireless connections are prone to drops and if the network has dropped while HSW is writing to the database, data may be lost and the potential for corruptions is high.

Printers can be connected to the network itself (also wired into the router) or connected to each individual computer. HSW uses the Windows printing capabilities so if your printer is accessible through Windows, it should also be accessible through HSW. You can change access to the printer from any Printer Setup box in any of the report restriction screens.

Please log in to rate this.
1 person found this helpful.

0 Comments - Leave a Comment
I have networked my computers but am getting an error (ex. active users exceed limits) when opening the program on the additional computer.

If you are receiving an error opening the program on a second computer, verify that your Sharing and Security on the HrsWin directory has the ‘Allow network users to change my files.’ box checked (WindowsXP) or that it is completely shared to everyone with read AND write access (other versions of Windows).

0 Comments - Leave a Comment
In a networking environment, only the computer that acts as the server can get into the program. The other computer(s) are giving an error message and won’t open the database.

This should reset the locking that Access put on the database and you will be able to get back into the program from all computers in your network.